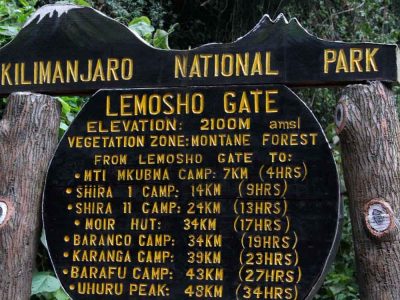 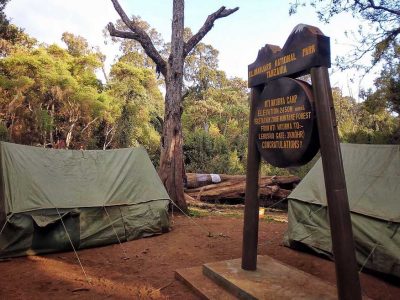 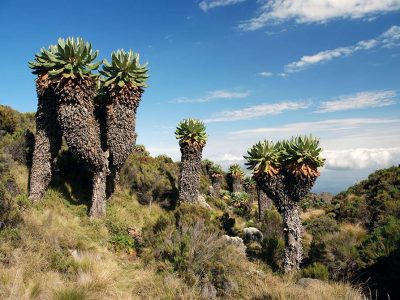 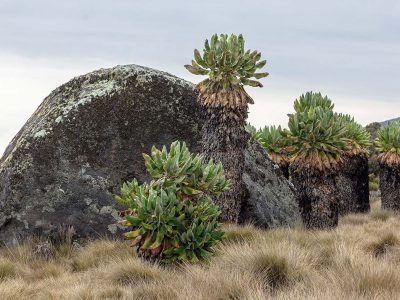 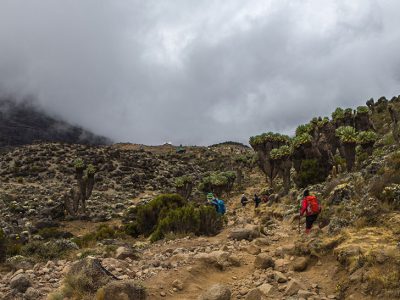 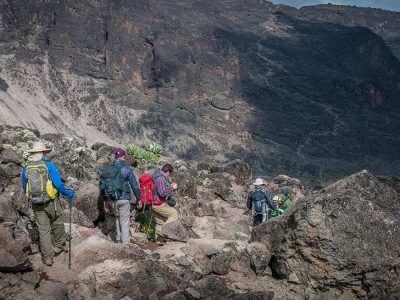 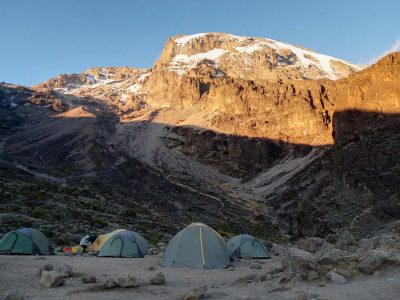 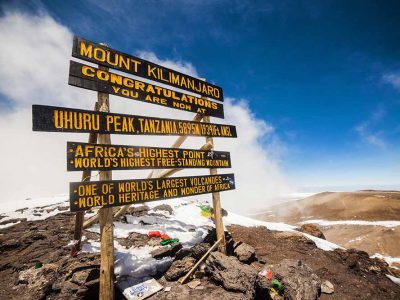 Upon arrival into Kilimanjaro International Airport (arrival time to be advice), you will be met and transferred to Arusha Palace Hotel you will be book bed and breakfast.

Breakfast will be provided.

After breakfast you will be picked up from the Hotel at around 8:30 am and taken to Londorossi Gate, where you will complete entry formalities. Then drive approximately one hour to the Lemosho trail head. Upon arrival, eat lunch and then start the 3-4 hour trek through forest to the first camp. Overnight at Forest Camp (Mti Mkubwa Camp).

After breakfast, leave camp and make your way out of the forest. You will take a steep track into a savanna of tall grasses, heather (ornamental plant), and volcanic rock draped with lichen beards (tree moss). Ascend through the lush rolling hills below the Shiru Plateau, finally reaching camp at the edge of the plateau where you can see a view of Kibo Peak.

After breakfast, embark on a full-day exploration of the Shira Plateau. Trek east toward Kibo’s glacier peak, with the option to visit the ancient collapsed Shira cone, the oldest of Kilimanjaro’s three volcanoes.

Arrive at Fischer’s Camp for the night.

After breakfast, proceed trekking upward for approximately four hours over expansive ridgelines of high desert to Lava Tower for lunch. In the afternoon, descend the steep track into the Great Barranco Valley. Barranco Camp is set on a valley enclosed on three sides with the massive valley walls and the Kibo massif itself. Hanging glaciers can be seen glistening above among a landscape of fascinating plants.

This is a short trekking day but proven to be important for acclimatization. The day begins after breakfast with a scramble up the steep “Barranco Wall” then traversing up and down the slopes of valleys which have carved their way into the mountain’s southern face. Kibo’s glaciers are above on your left while the peaks of Mawenzi jut into the sky straight ahead. Reach Karanga Camp after 3-4 hours of trekking for a hot lunch and an afternoon of relaxation.

This trekking day is difficult but important. After breakfast, you will head out on the trail that is steadily uphill. The temperature is colder and the landscape sparse. Barafu Camp is set on a small, exposed flat area on a ridge which acts as a base camp for which you will make your summit attempt at midnight. Eat and drink copious amounts of water before retiring early in preparation of your midnight summit attempt.

You will receive a midnight wake-up call and a steaming hot drink to start your 12-15 hours of trekking! The temperatures range from just below freezing at midnight then -12 degrees Celsius to -23 degrees Celsius just before dawn at the summit. After about 5 hours of walking, you will come to the edge of the crater; Stella Point (5790m) on the crater rim is the end of the steep track. From here, there is a gentle slope about 1 hour to Uhuru Peak which climbers find to be extremely difficult but monumental to complete! After a short time at the summit, descend the steep scree trail back to Barafu camp for some rest, then summon your strength again for further descent to Mweka Camp for the night.

Descend straight to the gate which will be a 3-4-hour trek. Upon arrival, you will enjoy lunch and be awarded climbing certificates. And later you will be met by our driver at the gate and driven to Arusha onto Mt Meru Hotel for overnight. On bed and breakfast

Today you will be picked up and transferred to the Kilimanjaro Airport for your flight to back home.

In regards to your climb:

Not included in price of your climb: