Tanzania Roadside Expeditions has designed Classic Safari packages that are 7 days, 8 days, 10 days and 14 days in length. All of the classic safaris focus on the Serengeti region in northwestern Tanzania. You may be interested in seeing the Big Five Safari (rhino, elephant, buffalo, lion, leopard) living in Serengeti National Park, Tarangire National Park, and Lake Manyara National Park. There is a tremendous demand to see the Big 5 as they are rare and difficult to locate. When you see them, you will be startled by their beauty and majesty in the wild. They are such a prize to find that hunters would often hunt them to near extinction, as they are considered unique trophies. Because of their unusual behaviors and hunting habits, they are fascinating to watch as they survive in their natural habitats. 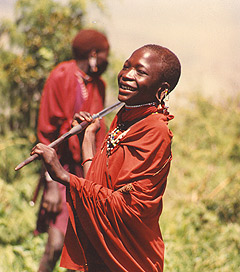