Travel to Tanzania and discover its natural beauty, mind-bending landscapes, wildlife, and rich cultural resources, including 120 tribal-based peoples with many living in remote regions of the African bush.

The cradle of humanity

Tanzania is home to some of the most unique, intriguing, and mysterious cultural natural phenomenon on earth. In the 1950’s , archaeologists and paleontologists Mary and Louis Leakey unearthed the earliest evidence of hominids inhabited areas of the Serengeti based on fossil remains at Olduvai Gorge dating back 3 million years ago. This makes Tanzania the “cradle of mankind.”

Tanzania is located just 1 degree south of the equator. Its northern border is Kenya. Its northwestern border is Uganda along the shoreline of Lake Victoria. Its southwestern border is Rwanda, Burundi and the Democratic Republic of the Congo. Along Tanzania’s southern border is Zambia, Malawi, and Mozambique. To its east is the Indian Ocean. Go to Tanzania and you will find yourself in the heart of sub-Saharan Africa. 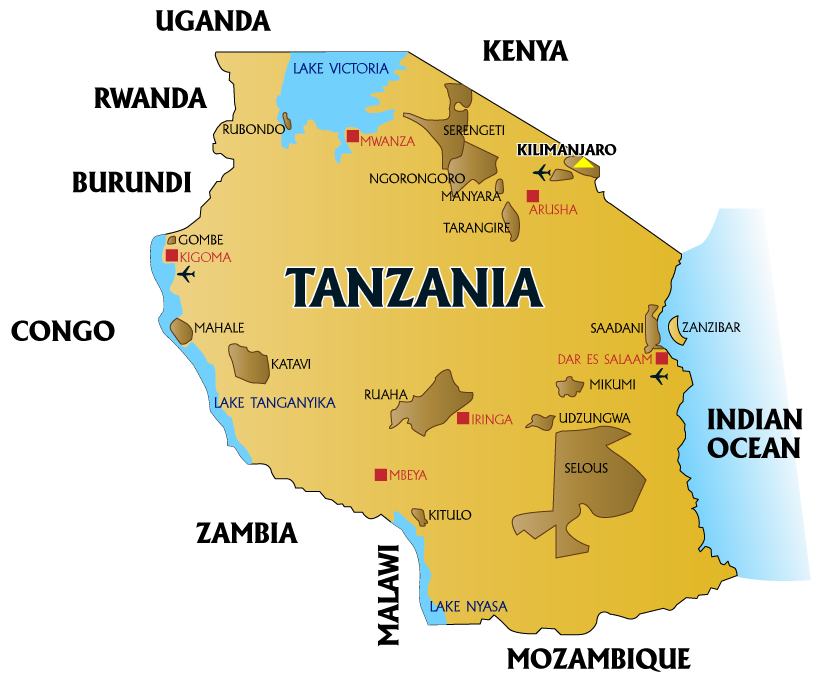 Tanzania is known for its 3 “S’s; Sand, Sea and Sun. The Serengeti’s yearly moderate warm high temperature fluctuates between 70-84 degrees Fahrenheit. In Zanzibar, off Tanzania’s eastern coast, the high temperature fluctuates year-round between 80-92 degrees Fahrenheit. The long rainy season in the Serengeti is March-June and its short rainy season is November-December. Safari’s are available year-round and the most massive game migration is April-June and October-December. The best months to climb Kilimanjaro are in the spring and fall. Due to the altitude at the rim of the Ngorongoro Crater (elevation 7,264 ft.), the temperature remains cooler than other parts of the country. 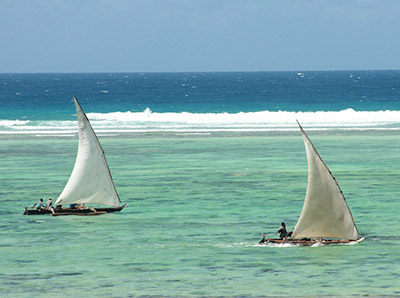 Visit Tanzania and experience various hands-on recreational activities such as walking, trekking, mountain climbing, birding, game tracking, mountain hiking, canoeing, biking, and diving in scenic waterfalls. Off Tanzania’s east coast, enjoy the Spice Island Archipelago that includes Zanzibar and snorkel in its coral reefs, dive with the dolphin, sail on dhows off its coast, visit spice plantations, learn about its unique history and visit its former slave markets. You can meet, experience and participate in the daily lives of Tanzania’s friendly colorful traditional tribal-based peoples living in remote areas of the African bush such as the Maasai, Datoga, Sonjo, and Hadzabe through Tanzania Roadside Expeditions culturally sensitive cultural visits. You can also, literally, dig into Tanzania’s archeological past at Olduvai Gorge in the Serengeti Plain where paleontologists discovered fossil evidence of the earliest humans from 3 million years ago, making Tanzania the birthplace of humanity.