Ubuntu Camp is located within two high-value regions of the Serengeti, depending on the time of year. It moves twice times a year to keep up with the huge herds of the Great Migration! From December to March, it’s in Kusini, in the southern region of the Serengeti. Come June, it sets up in the exclusive Lamai Wedge, in the north of the Serengeti where the famous Mara River crossings take place. Ubuntu closes for the traditionally wetter period of mid-March until mid-June and then also for a few weeks from early November to December, using this time to migrate the camp between its northern and southern locations.

At both camps, guest accommodation consists of eight tented suites, including one suite for family use. The family suite sleeps a maximum of two adults and two children aged 12 years and younger. All tents are Meru style – an outer layer of canvas extends over the inner layer to form a private veranda. This is set with campaign chairs and a small table, and it’s a lovely spot for relaxing with a drink and enjoying your views! Inside each standard tent, the bedroom and washroom areas are divided by a canvas wall, which has an opening to the left and right. The bedroom contains a king-size bed or twin beds, with lighting positioned on the headboard/s to save space. 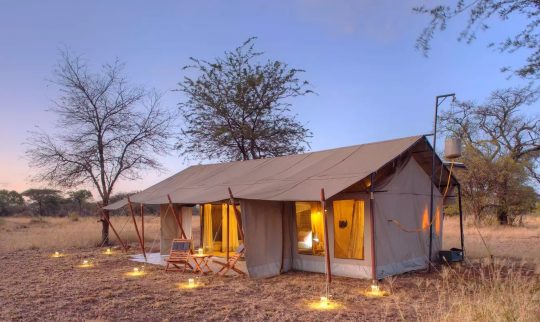 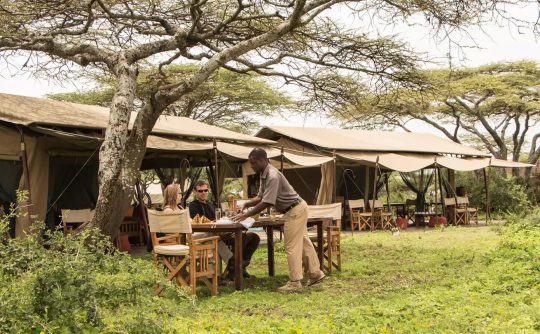 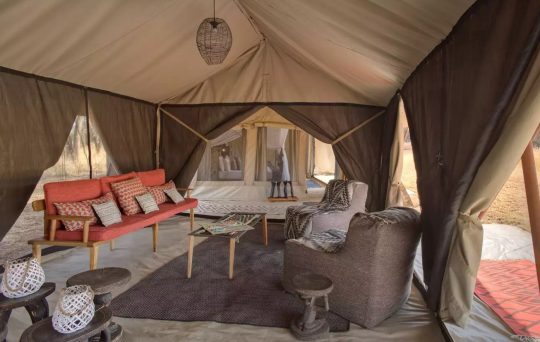 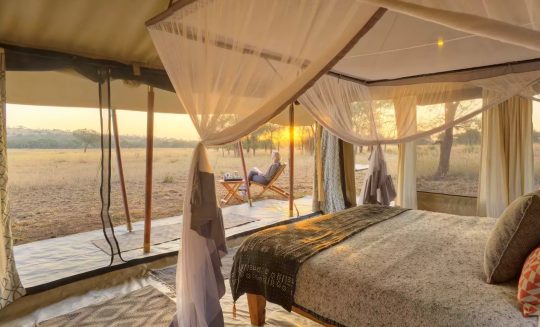 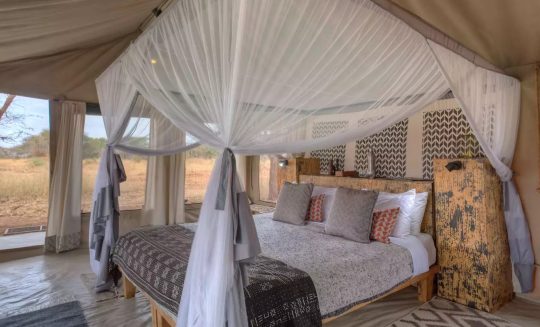 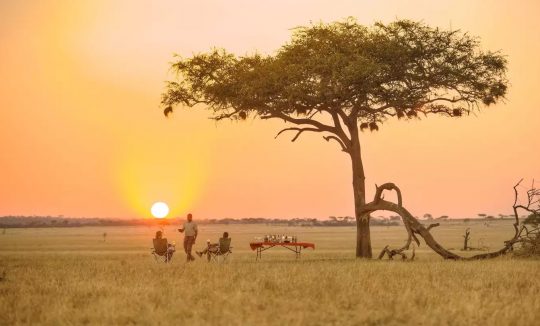